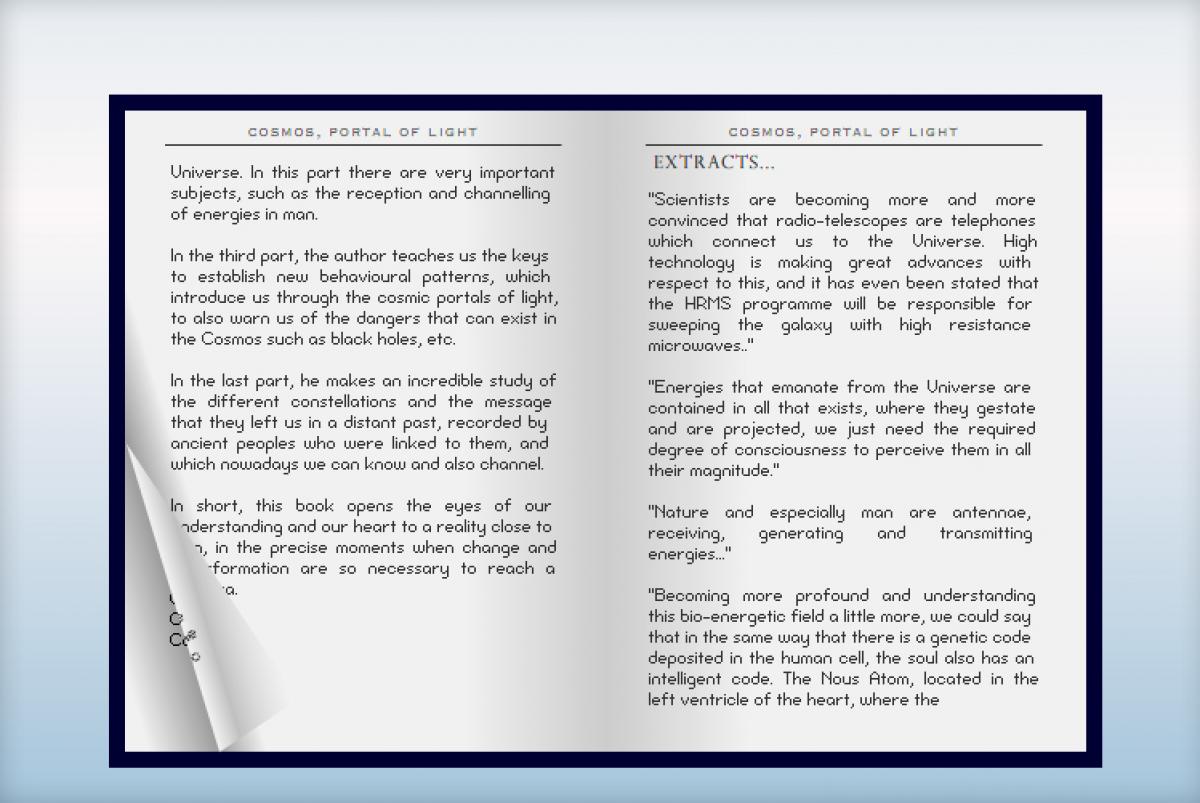 Through this treatise of cosmology, the author of the book, “Cosmos, Portal of Light”, the writer Ernesto Baron takes us through the windows of a vast Universe, introducing us to the wide variety of energies that exist in the cosmos. 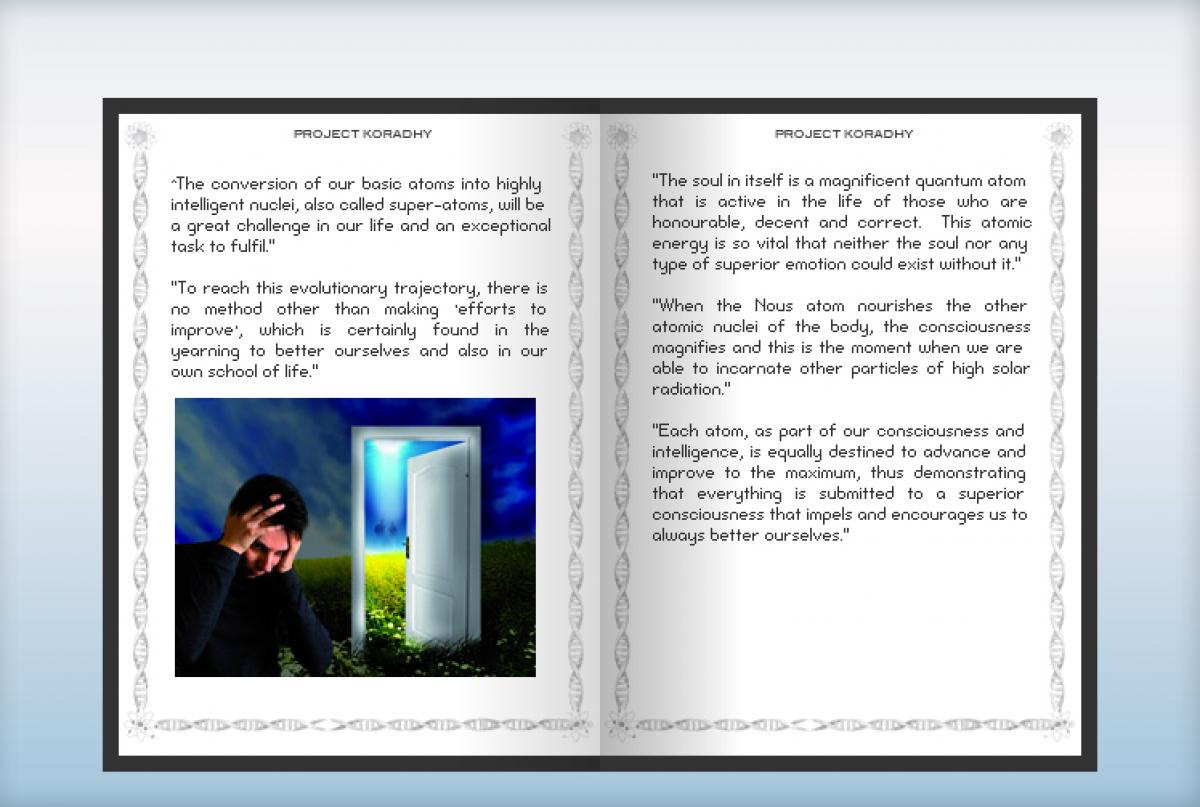 We would like to present a highly topical book, a treatise on Anthropogenetics, Psychogenetics and Cosmogenetics... 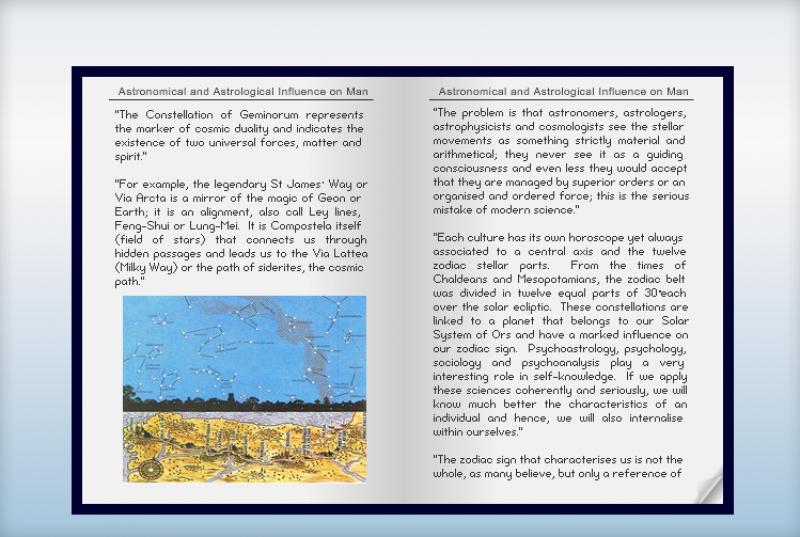 "If we study the myths and memories of far-off cultures such as the Egyptian, which was highly advanced in cosmology and astrology, we will verify that Canis Major and Sirius-Sothis, the brightest star in space, projected the most perfect light of love and goodness that we can receive in our galaxy.  With good reason, the people of Upper and Lower Egypt paid it homage with the greatest veneration and respect."

"It is very interesting to understand that everything comes from the cosmos and although the stellar mysteries are increasingly less known by the members of the public, we must state that there are seven multi-dimensional magnetic centres, known as stopinders.  A great amount of subtle energy passes through each of them to the Earth, as well as to every living being, including humans.  These bioenergetic vortices are not yet perceived by men of science."

"Present-day astronomy has discovered that the Polestar is a Cepheid, in other words, a star that periodically expands and contracts, producing an intermittent radiation; this is something that has not yet been resolved, since it is an undecipherable phenomenon for official science."

"From the beginning of our races, fixed stars like the Polestar-Polaris and Sirius-Sothis have always connected with worlds and man.  The same can be said of other stars, planets and constellations such as Orion, Draco, the Pleiades of Taurus, Libra, Ummo, the Sun, Venus and Mars, which were usually connected physically and energetically to our ancestors."

"Studying countless remains and settlements of ancient cultures such as the Mesopotamian, Inca, Mayan, Celtic, Egyptian, Lemurian and Atlantean, we will verify that these archaeological sites are the witness of different interplanetary connections.  This has produced and still produces great expectation in eager visitors and researchers of anthropology and astro-archaeology."

"The Constellation of Geminorum represents the marker of cosmic duality and indicates the existence of two universal forces, matter and spirit."

"For example, the legendary St James’ Way or Via Arcta is a mirror of the magic of Geon or Earth; it is an alignment, also call Ley lines, Feng-Shui or Lung-Mei.  It is Compostela itself (field of stars) that connects us through hidden passages and leads us to the Via Lattea (Milky Way) or the path of siderites, the cosmic path."

"The problem is that astronomers, astrologers, astrophysicists and cosmologists see the stellar movements as something strictly material and arithmetical; they never see it as a guiding consciousness and even less they would accept that they are managed by superior orders or an organised and ordered force; this is the serious mistake of modern science."

"Each culture has its own horoscope yet always associated to a central axis and the twelve zodiac stellar parts.  From the times of Chaldeans and Mesopotamians, the zodiac belt was divided in twelve equal parts of 30°each over the solar ecliptic.  These constellations are linked to a planet that belongs to our Solar System of Ors and have a marked influence on our zodiac sign.  Psychoastrology, psychology, sociology and psychoanalysis play a very interesting role in self-knowledge.  If we apply these sciences coherently and seriously, we will know much better the characteristics of an individual and hence, we will also internalise within ourselves."

"The zodiac sign that characterises us is not the whole, as many believe, but only a reference of the character, conduct, personality and the identity of an individual.  The authentic way of being is defined by the level of their soul, the decans in which they have been born, rising sign, planet in exile, time, day, parental education, social environment, traumas, phobias, manias, fears, if they were born by day or at night, the lunar influence of the month, etc."

"As our satellite, the Moon, is very close to man, it has a marked influence on every person, particularly the sign of Cancer according to its four phases: new, crescent, full and waning moon.  Lunation produces high and low tides, regulates the ovulation process in females and directs the conception of all creatures.  Children in their first seven years of age depend a great deal on the maternal influence that is associated with the Moon."

"According to the Greek gods, Chronos is the god of time, the one who marks the end; therefore, he is represented as a gaunt and skeletal old man carrying a sharp scythe.  Legend said that he devoured his sons as soon as they were born, which symbolises time as an insatiable executioner that, when we less expect it, brings our life to an end and mercilessly devours it.  Saturn is a very old deity that is linked to the laws of the Earth and to men."

"The sign of Capricorn is the tenth constellation and the smallest of all zodiac constellations.  Through its stars Algedi, Dabin and Nashira, it transmits its energy by means of the experienced Saturn and its three powerful rings." 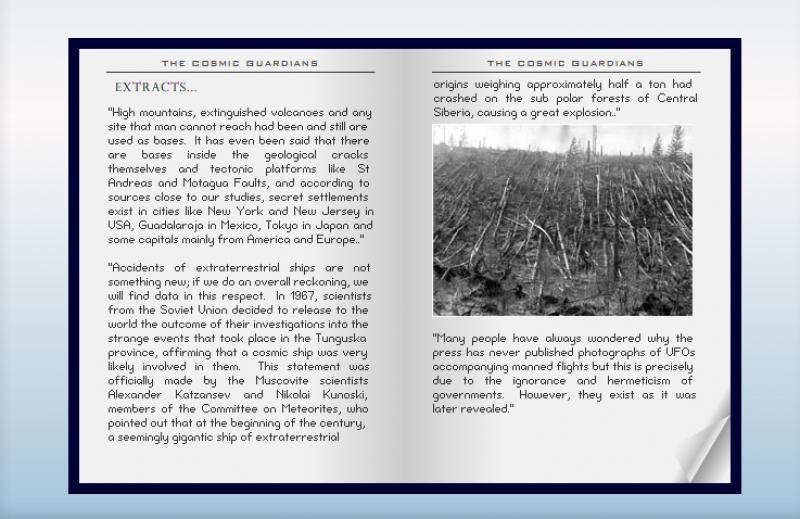 This book is a true and interesting study in astrocosmology and ufology, which reveals hitherto unheard-of research about this disquieting topic, from the origin of ufology, making an exhaustive study of accurate scientific data, proofs and graphic documents.